WHO IS THIS ALIEN SON? 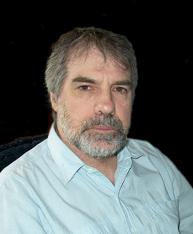 I am a (becoming) elderly Australian dad of two sons and two daughters, one foster son and three daughters-in-law. I also have three granddaughters and two grandsons. I live in rural New South Wales; the kids have spread themselves around Victoria and Queensland.

I hate to see people hurting, particularly kids. One day I was reading a newspaper article about the problems that some young people—particularly gay and lesbian teenagers—face, and it got me thinking. The suicide statistics for young people are alarming, and gays and lesbians are over-represented in those figures. I have always loved writing; perhaps I could write a story that would encourage a person thinking about suicide to reconsider. Because I suffer from depression, and have many times felt like taking my life, I would be writing from experience. I gave it a go, and Black Dog was the result. If the story helps even one young person it will be worth the time and effort it took to write.

Why Alien Son? It's the title of an autobiographical work about a Russian Jewish boy growing up in Australia after his family migrated here in 1914. He was an alien in a strange land. I suspect that some of my readers feel like that at times, as I do myself, so it seemed an appropriate nom-de-plume.

My father was English. He migrated to Australia after the first world war and never returned to the country he always called “over home.” Although I have visited England (and felt very much at home there), as well as several European countries and Japan (and enjoyed them) I am a dinky-di Aussie, and see the world through Australian eyes. As a result, I sometimes use terms and expressions that may be unfamiliar to some readers. If you have trouble with a word or phrase, please refer to the glossary, where my "Aussieisms" are explained.

In the olden days (when I was at primary school) spelling rules were strict—and strictly British. That is changing and some words now have optional spelling—for example it's permissable to use either -ise or -ize, -etre or -eter. Generally I still use the spelling I grew up with, so I hope you'll accept that words that I spell differently are still correct!